Advances in VR Technology and the Post-Coronavirus Society


The University of Tokyo, Japan 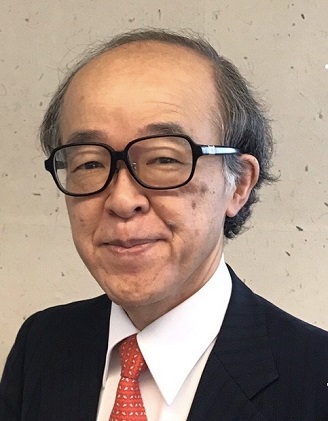 The spread of COVID-19 is threatening to permanently change our society. Among other things, it has increased the cost of human contact and greatly restricted international travel. The future is uncertain and HCII2021 will be held as a virtual conference. This change is reminiscent of the oil shocks of approximately 50 years ago. The rise in energy costs forced changes in the industrial structures of countries around the world from heavy industries to light, thin, and short industries such as information technology. Here again, we are faced with similar challenges. Consequently, society will be changed irreversibly.

Information and Communication Technology (ICT) is playing an important role in this major change, particularly for VR, a technology that can transcend both time and space. VR has a 30-year history and has only recently found opportunities to spread in society. Telepresence technology that is capable of transmitting a distant presence will expand the potential of teleworking beyond office-based work to a whole new level. In addition, it may even replace some traditional physical transportation technologies.

By enriching virtual spaces as a new space for activity, we can regain activities that were reduced due to COVID-19. To achieve this, the existing currently technically under-developed VR technology must be further refined such as by expanding to networks and interface devices based on new principles, which will require technical advancement to the second generation. Thus, what exactly is the second generation of VR? This talk will introduce a series of rapidly advancing new VR technologies such as WebVR technology that enables users to easily experience VR through a web browser, pseudo-haptic technology that generates haptic sensations without complex mechanisms, and interface technology that uses new principles such as direct nerve stimulation. In addition, the social impact of these technologies will be discussed.

He was born in 1954 in Kamakura, Japan. He received his BE, ME, and PhD in Mechanical Engineering from the University of Tokyo in 1977, 1979, 1982, respectively. In 1982, Michitaka Hirose joined the mechanical engineering faculty at the University of Tokyo as a lecturer and was promoted to an associate professor in 1983. His early interests were human interfaces, microcomputer applications, and biomedical signal processing. He facilitated the establishment of a human interface research group in Japan and was a co-founder of the Human Interface Society of Japan. In 1985, he started 3D user interface research in his laboratory. In 1989-1990 he was a visiting scholar at U.C. Berkeley and joined Larry Stark's VR research group where many VR pioneers were working. Upon returning to Japan, he initiated various VR research projects.

One of his most memorable projects was CABIN, a large-scale immersive environment that consisted of five screens constructed at the University of Tokyo (1997). In this project, he developed various telepresence technologies such as a video avatar, a photo-realistic walk-through environment, and wearable haptic interfaces. In addition, he helped organize the Virtual Reality Society of Japan (VRSJ) and served as its director and later its president.

In 1999, he was promoted to professor of intelligent systems at RCAST, the University of Tokyo. In 2010-2012 he served as a project leader of the “Digital Museum” project that was sponsored by the Japanese Ministry of Education, Culture, Sports, Science, and Technology (MEXT). In the project, he developed various digital exhibition systems with the use of VR/AR technologies and wearable/mobile devices.

In 2007, Michitaka Hirose became a professor of human interface and systems engineering in the school of information science and technology, University of Tokyo. In 2018, he established the VR Research and Education Center at the University of Tokyo and became its first director.